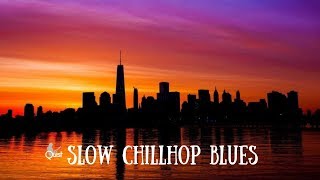 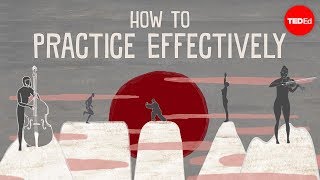 A Little Goes a Long Way

A Little Goes a Long Way

One of the biggest hurdles for someone new to an instrument is sticking to a regular practice schedule. Everyone has a pile of things going on and a new hobby doesn't always take a front seat...and that's ok. The word practice has gotten a bum rap as some instructors lean on a one regiment fits all type mentality. There are a ton of things that fall under practice; it doesn't just mean the exercises and work prescribed by your instructor for the week. Those things have value and will get you to a certain goal, but the most important thing is to play your instrument on a regular basis. This can mean a variety of things based on each individual. If you want to be taking the stage as a lead guitar player with your new band that will take a bit more time investment than strumming a Bob Dylan song around a bonfire but they both take some time.

That's just it, it doesn't have to be a lot of time. An hour a day is great but that's not realistic for everyone. The most important factor is picking you instrument up every day, or as close as you can. Resist the urge to bargain with yourself "I'll put in 30 mins more tomorrow because I can't do the whole thing today." This easily turns into 30 mins tomorrow, 30 the next day.... you get it, we've all done it. Now you're sitting there the day before your lesson with 3 hours of practice to do. No one wants to feel that type of pressure and cramming for a lesson never works. I will bet a serious amount of money, based on my musician salary of course, that a student who does 15 mins a day, every day, will out perform someone putting in 4 hrs on the weekend, every time. If you enjoy the scientific approach here you go:

"Students were able to stay on task for 6 mins at a time" and "(professional) athletes, musicians, and dancers...divide their time into multiple daily practice sessions of limited duration." Highly focussed, undistracted practice gets better results than long unfocussed sessions. If you're struggling with a passage or song, take a break. This can mean hitting up the kitchen for a snack, moving on to something else for a while, or just coming back later that day, such as after work/school.

I once taught two brothers. They began lessons the same day, both had never played, and both took the same amount of lessons. One was 13, one was 10. After 6-8 months the 10 year old was progressing much faster than the 13 year old. Their mother said to me "he just gets it, he's more naturally gifted." I was curious about this comment. I said, how often does each practice? She replied the same amount, the 30 mins a day we require them to. I rephrased, outside of the 30 mins they practice what I ask them to, how often do they have the guitar in their hands? This can be anything, even just banging around making sounds. "Oh, the 10 year old comes home and immediately picks up the guitar and just makes noise for about an hour, then gets to practicing." You could almost see the light bulb go on like an old Looney Tunes cartoon.

If you're playing your instrument, whether it's playing your favorite riff, noodling over a backing track, or just strumming some chords and singing your favorite song, it's practice. Try not to make a mountain out of the timeline. Just pick the thing up and play and you will get better. Like now, got pick it up and play something. Then maybe run those scales you've been putting off. ;)